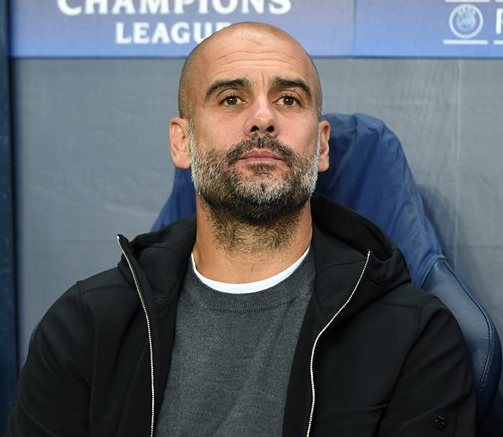 Back to back Premier League champions Manchester City have accumulated a staggering 198 points in two seasons, but we all know that isn’t enough for the perfectionist Pep Guardiola.

From the outside looking in, one must think that you don’t need to improve and add to a squad that won the first ever domestic treble in England, however watching the Blues closely you can see a couple of areas that could easily benefit from improvement.

Here are my suggestions on who Manchester City should sign this summer.

According to various sources the transfer is just days away from being confirmed, as City look to trigger the Spaniards release clause of £63million.

Rodrigo is a tall central midfielder currently playing for Athletico Madrid and after just one season in the Spanish capital he could be on his way out already.

‘Rodri’ is just 22 years of age and could be the perfect direct replacement for the ageing Fernandinho (34) in that holding midfield role, directly behind the likes of De Bruyne and David Silva.

If he is to join City he has big shoes to fill with Fernandinho being a first team regular since he arrived in 2013 and judging from his track record so far with club and country Rodrigo Hernandez seems the perfect pick for Pep.

Guardiola is rumoured to have beaten his former side, German champions Bayern Munich to the signing of the central midfielder.

Manchester City are reportedly just moments away from announcing the signing of one of their old academy players, Angelino, who has a £12 million buy back clause in his contract.

The Spaniard left for Manchester for Dutch side PSV Eindhoven for just £5 million in 2018, and since then has been included in the Eredivisie team of the season two seasons on the showing glimpses of the player City expected him to be when playing on loan at various clubs in Europe.

Left back is clearly a problem area for the Citizens; Benjamin Mendy joined from AS Monaco in 2017, but having only played 17 games for the club many of City’s fans are starting to get tired of his off-field antics and injuries.

Then there is Oleksandr Zinchenko who filled in for Mendy for most of the 18/19 season. A season that saw the once central-midfielder transition to the left-back position and impressed us all massively and some might say he deserves that spot for good. However, the signing of Angelino could provide a much needed headache for Guardiola.

It is perhaps a surprise to most that City are linked with Cancelo as both Kyle Walker and Danilo. Already occupy that position with enough quality.

But, it seems it will be Danilo who will make way for Cancelo which would make sense given that Kyle Walker has just signed a contract extension and Danilo is reportedly desperate for more playing time.

The issue with this transfer is I don’t believe either Walker or Cancelo will be happy with being on the bench for most of the season, but with City competing in the Premier League, FA Cup, Carabao Cup and Champions League there are plenty of games for both players to feature in.

City want to include Danilo as part of the deal to lure Cancelo to Manchester but new manager Maurizio Sarri isn’t keen on Danilo, instead he wants the £50million to bolster his squad.

After club captain Vincent Kompany left this summer to become player-manager of his boyhood club Anderlecht, there is set to be a Belgian shaped hole in the back line of the Blues.

City are now lacking that one player who got them through the hard and times and cropped up with very important tackles and goals, but who could possibly replace their long time captain?

For me it has to be Maththijs De Ligt of Ajax. A young, strong centre back who is hungry for success.

At just 19 years of age he captained Ajax to the Dutch Eridivisie, Dutch Cup and the Champions League semi-final in the 2018/19 season.

De Ligt won’t come cheap though, with Ajax reportedly demanding no less than £60 million, which, considering the amount of years he has to play, his leadership qualities and his undeniable talent are enough to persuade me that it’s a long term investment.

iThere are no comments

Begin typing your search above and press return to search. Press Esc to cancel.