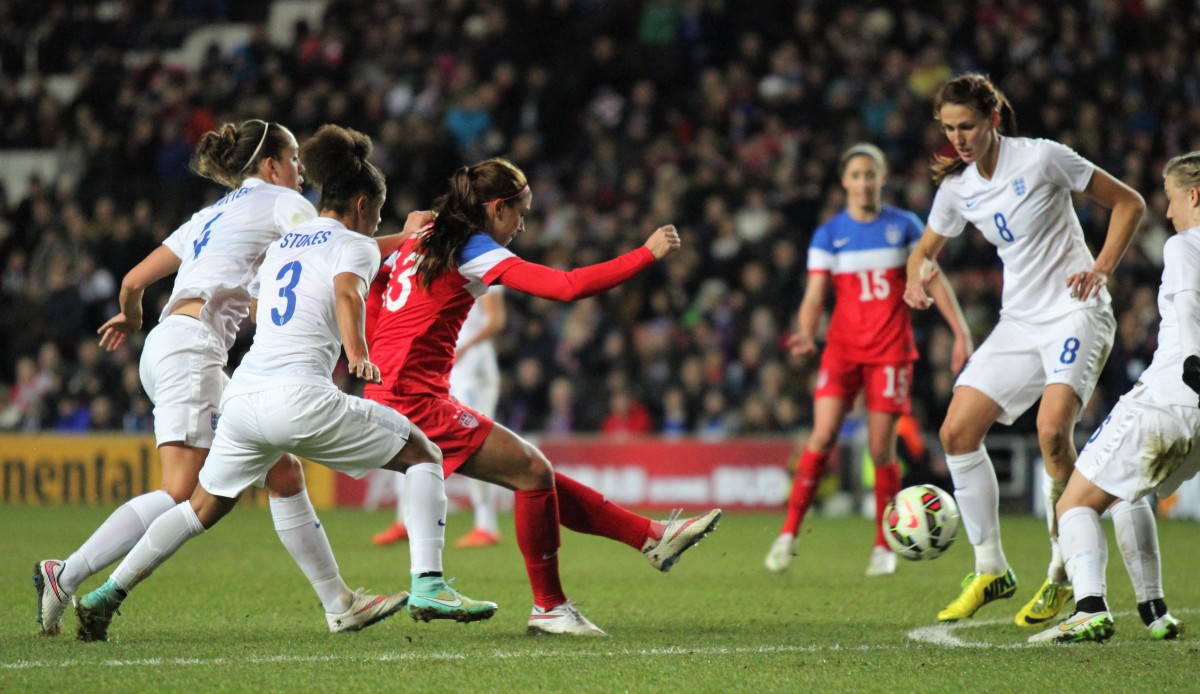 The FIFA Women’s World Cup 2019 has been one of the most influential sporting events this side of the millennium. It has taken a growing aspect of football, deserving in equality and in recognition, before blowing it, in unprecedented fashion, onto a stage that the women’s game has simply never seen before – and we here at DawsonFootball are all for it.

Before a ball was even kicked, FIFA set a hopeful target of having one billion different people watching this summer’s festivities through their television sets. Football’s governing body even signed a Memorandum of Understanding with UN Women in a bid to promote female equality and improve the appreciation of the game itself.

President Gianni Infantino stated “Together, we will raise awareness about women’s football and its impact in terms of health, empowerment and positive role models for women and girls around the world” – but perhaps even he couldn’t have predicted the explosion that was about to occur.

The opening game of the tournament very much foreshadowed what was to come. It featured the host nation, France, and the easily-beaten South Korea, with a grand total of 10.9 million natives tuning into free-to-air channel TF1 to watch their national side in cruise to their first victory. That figure, not only more than doubled the country’s previous viewing record for a women’s game at 4.12 million, but it added up to 44% of the total French broadcast market at the time. Not only that but when you compare it to the 12.9 million that tuned into the French men’s first game of last summer’s Russian World Cup against Australia, it only seems more impressive.

Here in England, the enthusiasm was reciprocated. Our Lionesses’ clash with Scotland, screened on the BBC, peaked at 6 million people – another domestic record smashed. This was more than ten times the average viewership for the ongoing Cricket World Cup (550,000), which is actually being hosted within the country.

But it perhaps in America where the game’s growth is showcased best. FOX Sport’s coverage of the competition is averaging well over a million viewers per game. Which isn’t as high as in other countries, granted, but soccer is only considered the fifth most popular sport in the US – of which the men’s variety is the norm – and the considerable time difference does have an understandable impact. Regardless, these figures are a 16% increase on the World Cup in 2015, and a remarkable 92% rise from the 2011 equivalent.

But don’t get it wrong – this is nothing more than what the game deserves. Around the globe, attendance records are being broken as people flock to see their local (or not, as the case may be) women’s teams in action. The game’s superstars are finally being put on the same pedestal as their male counterparts. Perhaps the two biggest clubs in the world, Manchester United and Real Madrid, have recently announced the formation of women’s teams as they look to appreciate this boom in support for themselves. The only criticism of this inspiring process can only be that it has taken this long.

However, there is still a lot of room for improvement. Despite all that is good about this year’s World Cup, there is a noticeable absence. Ava Hegerberg, the first and current winner of the Balon D’Or Femenin, a prolific Norwegian striker who has averaged more than a goal a game at every single level of club football at which she has played, made the decision the boycott the tournament. She cited an unequal lack of respect when compared to her male counterparts.

For Ada, money is no object. She simply struggles to enjoy playing the game when in her own country, and indeed around the world, her gender’s participation in the sport just isn’t respected in the same manner that it is with men. This was showcased perfectly upon her acceptance of the Balon D’Or, the single greatest individual award available to a player, when she was asked to twerk by DJ Martin Solveig. Her face is a painful combination of humiliation and disgust and it still makes me squirm in my seat to this day.

Though vultures on social media are still waiting for every misplaced pass or skewed shot to film and boringly caption with “and women want the equal pay?”. It is a developing sport and as far as I’m concerned, the women’s game is wonderful. The current World Cup hasn’t uncovered this, but merely brought it to the attention of those – like myself – who hadn’t taken the time to truly appreciate it yet. The tournament is full of incredible talents, brand new kits, fresh faces in the dugouts, VAR drama, jaw-dropping goals and never-before-seen teams, all brimming with appreciation and inspiration intertwined.

*Stay tuned to YouTube and SoundCloud for a special guest from the ladies football world on Football Diaries soon!*